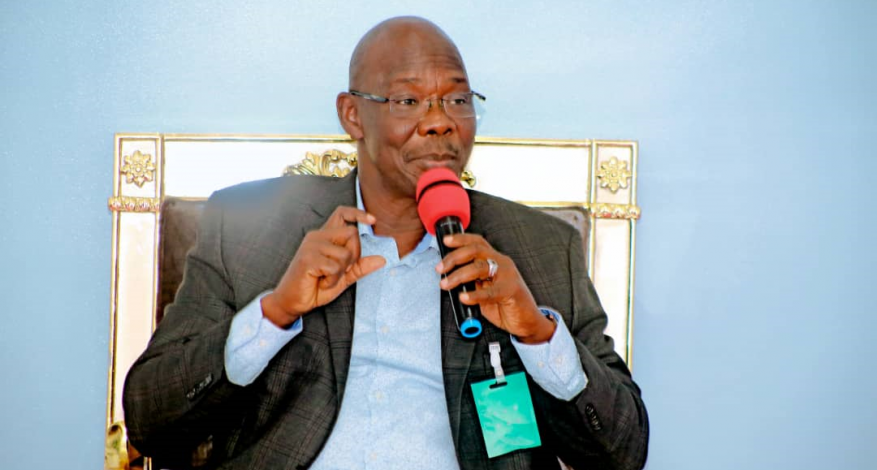 November 7, 2020By NASAdmin0 comment
Nasarawa State Governor, Engineer Abdullahi Sule,  has directed for the payment of salaries and pensions of local government workers and retirees across the state, with payments expected to commence on Friday.
Engineer Sule gave the directive shortly after a meeting involving local government chairmen, LG workers and pension union officials, which held at the Government House,  on Thursday.
Addressing the press shortly after the meeting, convened with a view to tackling concerns at the local government level, the Governor directed that workers and pensioners at the councils, be paid so that people are not left to suffer needlessly.
While restating the commitment of his administration to address the issues of non payment of salaries and pensions, with presently the state government up to date in the payment of 100 percent of salaries and pensions, Engineer Sule however lamented that local government councils are lagging behind in the payment of salaries and pensions.
The Governor stated that his administration has taken adequate steps to address the inability of local government areas to pay salaries and pensions of their workers and retirees,  especially with the economic downturn caused by the outbreak of the coronavirus pandemic, which has adversely affected their internal revenue generation.
He disclosed that a committee earlier set up to appraise and find out why local government areas are unable to pay salaries and pensions, discovered that instead of the payroll of the councils to fall below N1.2bn, the benchmark for the exercise,  derived from the biometric exercise carried out in April,  2012, by the previous government, the council payroll shot up to N1.3bn in August 2020.
According to Engineer Sule, this rise in the councils payroll, is unjustifiable, considering that an employment embargo was placed by the previous administration,  coupled with the fact that some council staff may have either died, retired or resign.
“With the employment embargo in place, it’s either we are having the exact amount of salary for 2012, or if there are deaths, retirements and resignations,  then we should have less than that,” he said.
The Governor further disclosed that another committee put in place last month to scrutinize financial activities at the local government level,  uncovered a whopping N500m difference between the councils payment vouchers of April 2012 and that of August 2020, even with the employment embargo in place.
He explained that informed the decision of his administration to order for the screening of both council workers and pensioners.
Engineer Sule assured complaints from genuine workers that were left out during the screening exercise, will be entertained, with another committee already put in place to take care of such genuine complaints, with a view to paying their salaries.
The Governor was hopeful that the essence of the entire exercise was to ensure that local government councils are not only able to pay 100 percent salaries and ensions but that they will no longer take money meant for projects to pay salaries.